The language of cornhole

Airmail
A bag that does not slide or bounce on the board but goes directly into the hole, usually over an opponent’s blocker bag.

Back door
A cornhole that goes over the top of a blocker and into the hole.

Backstop
A bag that lands past the cornhole but remains on the board creating a backboard for a slider to knock into without going off the board.

Blocker
A bag that lands in front of the hole, blocking the hole from an opponent’s slide shot.

Cornfusion
When players or teams cannot agree on the scoring of a given inning.

Cornhole
A bag that falls in the hole, which is worth three points.

Dirty bag
A bag that is on the ground or is hanging off the board touching the ground.

Frame
A single round or turn during which a player and opponent each throw 4 bags.

Flop or floppy bag
Type of toss that didn’t spin the bag horizontally or vertically. Without rotation or spin.

Hammer
When one or more hangers (see below) are around the hole, a so-called hammer can be used. A hammer is a bag thrown as an airmail bag with a high arch in an attempt to take hanger bags into the hole with it.

Hanger
A bag on the lip of the hole ready to drop.

Honors
The player or team who tosses first, resulting from the team scoring last or winning the coin toss before the first frame.

Hooker
A bag hitting the board and hooking or curving around a blocker and going in the hole.

Jumper
A bag that strikes another bag on the board causing it to jump up into the cornhole.

Shortbag
When a bag lands on the ground just before the cornhole board.

Skunk
A game that ends in a 21–0 score. Believe us, you do NOT want to end that quickly…

Slide, or slider
A bag that lands in front of the hole and slides in.

Swish
A bag that goes directly in the hole without touching the board. More often referred to as “airmail”..

Wash
When each team has scored exactly the same number of points in an inning, thereby “washing out” all points scored in the inning.

Woody
Refers to any cornhole bag that has been pitched and remains on the cornhole board playing surface at the conclusion of the frame. 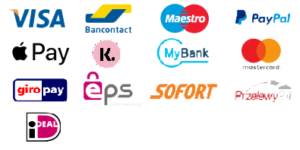 SET – CORNHOLE BOARD CUSTOM
Service was great, delivery very quick and everything phantastic. Thanks!

CORNHOLE BAGS – GRANULATE FILLED – BLUE/RED WHITE (STICK & SLIDE)
Fantastic bags to take your game to next level. Classic Gockel quality that you can trust. Very pleased with these bags. Would like to have more colours.